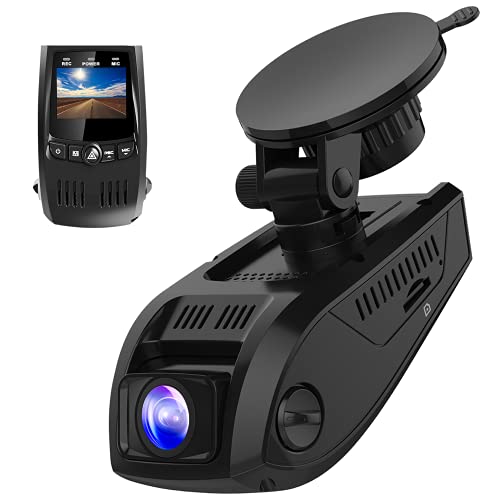 The Pruveeo F5 Full HD 1080P Dash Cam is a dash cam system that prides itself on both being stylish and sleek to look at, as well as Wi-Fi capable. It comes at the lower end of the price spectrum, but isn’t the cheapest option on the market. It has a lot of the basic features that you’d want to find in a dash cam, but nothing absolutely fantastic. This is a good, inexpensive dash cam.

The Pruveeo F5 Car Dash Cam allows for you to film what happens on the road while you’re driving. This includes accidents and just normal road conditions. It saves the files as you determine, with looping recording to free up space by deleting files that aren’t needed anymore. It is also Wi-Fi capable. The camera itself is sleek and stylish to look at; you probably won’t even really notice it.

If you’re concerned with looking like you have a dash camera in your vehicle, then this is likely a good option. You can even get this low visibility for a fairly low price. However, the features aren’t anything amazing. This is a decent dash camera, and will likely do the job. However, you shouldn’t expect all the bells and whistles of some other models.

All things totaled, the Pruveeo F5 Full HD 1080P Dash Cam isn’t a bad overhead mounted dash camera to have in your vehicle. It will do as it is advertised, recording and saving over in a loop, to catch any crashes or incidents that you might be involved in. However, it is a standard model, and should be treated as such.

Last update on 2022-05-18. This post may contain affiliate links, for which we could earn a commission. This does not change the price you would pay.